It is an interesting geo-chemical and hidrogeological paradox, that on one hand the iodine content of the Hungarian natural waters is predominantly low, on the other hand Hungary has got a very high iodine content well. This well's water could help to cover the iodine defficient Hungarian populations' iodine intake in a cost efficient way.
The water well was explored in Sóshartyán in Nógrád county, which is the water source base of the Jódaqua mineral water being distributed today.

The iodine content of the water sources is determined by the iodine concentration of the water sorce base soils. The iodine soil composition is influenced by millions of years' external impacts, geological location, distance from sea and the hight above sea level. According to hidrogeological and geological researches the 530m deep well in Sóshartyán is an oligocenic sea residue, which estimated hidrogeological formation was 20-25 million years ago. Significant amount of scientific data claims that since 1710 a salty-water spring is known in Sóshartyan with medicinal effects. In 1949 the depth of the well was increased to 600m, which became the present Jódaqua medicinal water source. 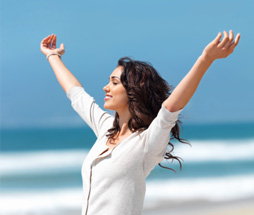 ...and has a sig­ni­fic­ant role in sev­er­al hun­dred bio-chem­ic­al pro­cesses in the hu­man body. The fol­low­ing list shows the most im­port­ant and most fre­quent iod­ine de­fi­ciency symp­toms, caused by the long term in­suf­fi­cient level of iod­ine in­take.   »